Just looking at the a-z fashion posts , i haven’t did one for nearly a year :O oopss .. well i am solving that because today its time to carry on with the list. We are now at the letter F and that means only one thing – Flats! While we all have a love for the heels you have to admit there is nothing better than slipping into a pair of ballet flats 🙂 They can be worn with almost anything and look great even if it is for a night out. Below are a few of my favorite flats, if you hover over each picture it reveals the cost of them and where to buy them so enjoy! Do you like wearing flats ? Credit to ASOS.com and New Look for images. Remember to follow 4everfashion on twitter @4everfash – link at the side !

ELLE is the world’s biggest fashion magazine. It was founded in France in 1945 by Pierre Lazareff and his wife Hélène Gordon. In the 1960s it had 800,000 readers and a famous slogan  ‘Si elle lit elle lit Elle’ translating to If she reads, she reads Elle. But in 1981 the magazine struggled but after a while it soon launched in the US and then went to 25 other foreign countries. It now has  42 international editions in over 60 countries.  73 percent of readers have subscriptions with the magazine with the rest  purchasing single issues.  There are 27 Elle websites around the world, which attracts over 1 million visitors and 26 million page views each month. Elle has over 4.8 million readers. The majority being the ages of 18 and 49.  Many stars have graced the cover of ELLE including Taylor Swift,Katy Perry(below),Megan Fox and a lot more. Source:Wikipedia Image:Rightcelebrity(Elle)

How could we ever live without Denim. Its a large staple in everyone’s wardrobe especially mine I literally live in my jeans and i really don’t know what i would do without them! Whether its denim jeans, shirts, skirts etc..  life would just be boring without Denim ! Below I have selected J Brand 811 mid-rise twill cropped skinny jeans from Net-a-Porter in a variety of different colours. Each are £205 or $175 from Net-a-Porter.com. I just love the colours they are amazing and are perfect for the colour block trend this season. Credit to Net-a-Porter for images.

The third letter of my A-Z of fashion is of course C which is for Couture. It may not be a need to us but if we never had couture then there would be a huge gap in the fashion world. Couture which is otherwise known as Haute Couture which is french for high dressmaking as its high quality. A list of designers release a haute couture line including Christian Dior, Elie Saab ( My Personal Favorite) , Valentino etc . Without couture some of those A-list stars would not have wore those show-stopping pieces at the Oscars ! P.S Below is a dress from the Givenchy Spring 2011 Couture Collection . Credit to Style.com for Image. 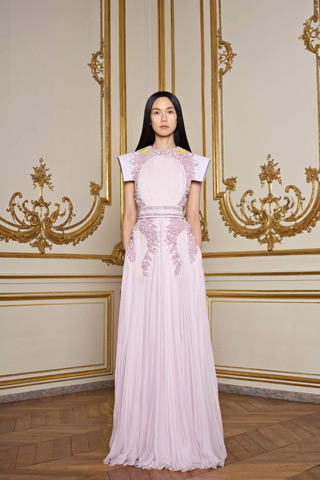 The second letter of my A-Z of Fashion is of course B which is for Bags. What could we possibly do without them ? They are very handy whether its for carrying all your essentials like your blackberry, makeup, perfume , purse etc.. or if its just for fashion purposes which can give you outfit extra brownie points. We just love bags and they are a wardrobe staple !   P.S Hover over images below for shop and price. Credit to Net-a-Porter for Images. 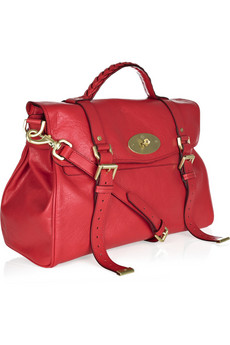 The first letter of my A-Z of fashion is A for Accessories.  Accessories is a simple way to add to an outfit to give it extra style whether its just adding a simple necklace, drop earrings or some stylish earrings. Even if its from the high street or from top of the range accessories is something we just can’t live without ! P.S Hover over images below for shop and price.

Credit to Net-a-Porter for images